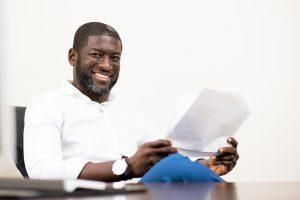 Springfield Exploration and Production Limited (SEP), a subsidiary of Springfield Group, one of Ghana’s largest indigenous energy companies, has spudded the first of its new wells off the Ghanaian coast.

On Monday, the independent Ghanaian firm spudded its Afina-1x well in the West Cape Three Points Block 2. In the oil and gas industry, Spudding refers to the very beginning of drilling operations of a new well. Initially, a larger drill bit is used to drill a surface hole, which is lined with casing and cement to protect groundwater. After the surface hole is completed, the main drill bit is inserted, which performs the task of drilling to the total depth; this act can also be referred to as “spudding in.”

Springfield becomes the first indigenous, independent energy company in Africa’s history to drill in deep water and places Springfield amongst known exploration companies, mostly foreign owned, who are currently either in production or exploration phase of operation in a Deepwater area. According to Kevin Okyere, the 39-year-old Ghanaian founder of Springfield Group, the project marks a significant breakthrough for the country’s nascent energy industry.

“This milestone has been possible because we have not given up in the face of challenges. It is an achievement not to ourselves alone as Springfield, but to all our Partners, Contractors, the government and people of Ghana and Africa as a continent,”           Okyere said in a statement.

SEP is utilizing the Stena Forth, one of the world’s most sophisticated drillships, for the drilling campaign which is expected to run over a three-month period on the block believed to be highly prospective. Springfield E&P operates the block with an 84% interest. Ghana National Petroleum Co. holds the rest. Petroleum Geo-Services shot a 3D seismic survey over the block, which Springfield was awarded in 2016. After targeting Afina-1x the rig will move to drill another well, Oak-1x which is within an already discovered field in the Deep Water Tano Area.

Springfield, which was founded by Kevin Okyere in 2008, Springfield E&P is a subsidiary of Springfield Group, an oil product distributor and oil services provider in Ghana.Get the best of Forbes to your inbox with the latest insights from experts across the globe.