Ghanaian energy giant, Springfield Group’s contribution towards the development of Ghana and Africa’s energy requirements continues to be recognized. Springfield was recognized and listed by the London Stock Exchange Group (LSEG), along with a handful of others, in LSEG’s Companies to Inspire Africa in 2019 Report launched in London yesterday.

The selection was made from a pool of 4000 companies currently operating on the continent in various fields of endeavor.

The report is an initiative by the London Stock Exchange Group and focuses on bringing visibility to high growth, private companies across the African continent who are seen as engines of growth in the region.

This year’s report was created together with partner organizations like Asoko Insight, Price Waterhouse Coopers (PwC), the African Development Bank and CDC Group.

Springfield’s latest feat comes on the heels of a Special Award and Recognition of Mr. Kevin Okyere, Founder and Chief Executive Officer of the Group at the 5th Ghana Oil and Gas Awards for his vision in establishing the nation’s only independent exploration and production company which is active in the upstream industry.

The Group’s Chief Operating Officer, Ms. Geena Malkani who shared Springfield’s experiences operating in Africa on a panel of discussants, indicated that the company’s entry into the upstream industry was timely and opportune as it coincided with the downturn in the oil industry along with the resultant reduced costs affording Springfield the opportunity to self-finance most of its operations.

She said it took foresight and a lot of investment to build an entire team of Geophysicists and Geologists supported by other professionals to operate for close to two years as proof of its determination and commitment, before the company was awarded its current West Cape Three Points Block 2 in March 2016, by the Ghanaian government.

Ms. Malkani noted that although it was challenging for some to accept that an indigenous company could operate upstream, the authorities looked at the company’s track record downstream where it had posted strong performances in, in Ghana, Mali, Burkina Faso and Nigeria as proof of its capacity and gave it the nod.

“We were expected to prove our competency and we did. Ever since we got in there, it has not been easy operating as an indigenous company as compared to other international oil companies (IOCs) that have relatively easier access to capital from their home countries, but we have remained active on our Block”, she emphasized.

She said one of the challenges in operating as an indigenous upstream operator in Africa and in Ghana in particular is that before the commencement of oil exploration and production nobody anticipated that an indigenous company could be operating upstream within 10 years of oil production. “The result is that policies were not developed to take on board the needs of independent local companies like ours”.

According to her, the company is determined to succeed and will therefore continue to blaze the trail by positioning itself as a global player and a beacon for other companies on the continent to emulate.

Springfield Group is a cluster of energy companies that has grown to become one of the leading entities in the provision of upstream and downstream services in the Petroleum Industry in West Africa.

Its flagship subsidiary, Springfield E&P, is currently the Operator and Majority Interest Holder of West Cape Three Points Block 2 with the Ghana National Petroleum Company and its exploration company, EXPLORCO holding a minority interest. The company is currently exploring and evaluating new discoveries as well as appraising the existing discoveries on the Block and is expected to announce a drilling campaign by September this year.

ACCRA, June 25 (Reuters) – (This June 25 story corrects to clarify amount of oil and gas, in final paragraph.) A commercial court in Ghana on Friday ordered that 30% of revenues from an Eni-operated oilfield (ENI.MI) be placed in an escrow account, granting a request by the local operator of an adjacent field over Eni’s objections. …

END_OF_DOCUMENT_TOKEN_TO_BE_REPLACED

Eni SpA and Vitol Group could lose a share of the proceeds from their offshore oil field in Ghana after resisting a government order to merge their asset with a domestic company’s neighboring field. A Ghanaian court ordered Eni, the field operator, and its joint venture partner to pay 30% of all revenues generated from their Sankofa field, which …

END_OF_DOCUMENT_TOKEN_TO_BE_REPLACED

The Commercial Division of the Accra High Court has ordered the operators of the Sankofa Oil Field to preserve 30 per cent of all the revenues which will be accrued from the field until the final determination of a legal dispute relating to it. Per the order of preservation, the 30 per cent revenue must be …

END_OF_DOCUMENT_TOKEN_TO_BE_REPLACED

A Commercial High Court has ruled in favour of Springfield Exploration & Production (SEP) Limited to freeze 30% of revenues received by Eni and Vitol from the sale of crude oil from the Sankofa field, which is operated by Eni Exploration and Production Ghana Limited and the subject matter of the ongoing unitization dispute between …

END_OF_DOCUMENT_TOKEN_TO_BE_REPLACED

Accra, Ghana//-A Commercial High Court sitting in Accra, ruled in favour of SEP’s application to freeze 30% of revenues received by Eni and Vitol from the sale of crude oil from the Sankofa field, which is operated by Eni Exploration and Production Ghana Limited and the subject matter of the ongoing unitization dispute between Eni …

END_OF_DOCUMENT_TOKEN_TO_BE_REPLACED

A Hight Court in the Republic of Ghana, West Africa, presided over by Justice Mariama Sammo (MS) has ordered Italian oil and gas firm, ENI and Vitol, to set aside 30 percent of oil proceeds from the Sankofa Field in an escrow account, pending the final determination of an application filed by Springfield E&P, a …

END_OF_DOCUMENT_TOKEN_TO_BE_REPLACED

The court said its decision will protect interests owned by Springfield while allowing Sankofa to continue operating and ENI to cover cost A commercial court in Accra on Friday (25 June 2021) ruled that 30% of revenue from an ENI-operated oilfield be placed in an escrow account. Springfield, which operates the Afina oilfield neighbouring ENI’s …

END_OF_DOCUMENT_TOKEN_TO_BE_REPLACED

A Ghanaian court has awarded Springfield Exploration and Production a 30% share of revenues from Eni and Vitol’s Sankofa field as of today. Springfield, in a statement, said it expected the payment would be worth around $40 million per month. The two sides will keep the cash in an escrow account. The Commercial High Court …

END_OF_DOCUMENT_TOKEN_TO_BE_REPLACED

A commercial court in Ghana on Friday ruled that 30% of revenue from an Eni-operated oilfield be placed in an escrow account, as requested by the local operator of an adjacent field in a dispute over the combination of the projects. Springfield, which operates the Afina oilfield neighboring Eni’s Sankofa field, had asked the court to preserve …

END_OF_DOCUMENT_TOKEN_TO_BE_REPLACED 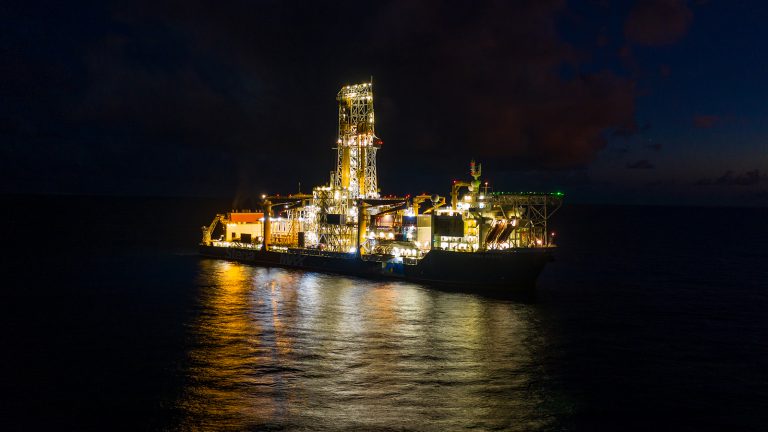