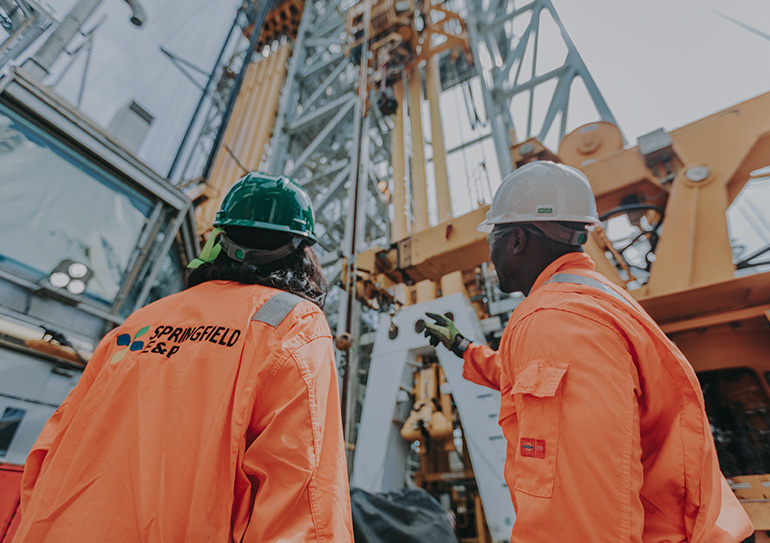 A year after its significant discovery off the coast of Ghana, Springfield has once again made history by becoming the first homegrown energy company with oil production in the country following the unitization of the Sankofa and Afina Fields.

The Government of Ghana declared the two fields unitized with Afina holding 54.545% of the combined field and Sankofa having the remaining 45.455%.

The Sankofa Field has ENI as operator in the Offshore Cape Three Points Area while the Afina Field is within West Cape Three Points Block 2 which is operated by Springfield. The company drilled its Afina well in October 2019 and made two significant discoveries that more than doubled its proven oil reserves to 1.5 billion barrels and added 0.7tcf of gas to the existing discoveries.

The combined Field, operated by ENI, currently produces circa 58,000 barrels of oil per day, with a potential to expand to circa 115,000 barrels of oil per day within the next four years. A letter dated 14th October 2020, served on the Chief Executives of the two upstream companies by Ghana’s Minister of Energy, Mr John Peter Amewu, on behalf of the Government, explained that the action was taken to ensure optimum exploitation and recovery of Ghana’s petroleum resources after evidence showed that the discovered resource straddles the two fields.

Springfield Group’s CEO Kevin Okyere, said: “This is a unique and proud moment for Ghana as for the first time an indigenous upstream company will work closely with an international operator to produce the nation’s oil and gas resources. Springfield looks forward to a positive relationship with ENI and we are convinced that this unitization holds enormous benefits to all parties, particularly the government and people of Ghana.”

In April 2017 Springfield, which is a wholly-owned Ghanaian company, contracted the world’s largest seismic vessel, the Ramform Titan owned by Petroleum Geo-Services (PGS) to undertake a 3-D seismic data acquisition on its Block.